I’m actually really excited about it!! It’s something completely different from the previous roles I’ve worked, and I think it’ll be a lot of fun.

And the Great Movie Ride is in the same area, so it’ll be REALLY easy to get cross trained and transfer over there!! 😀

My plan is to work at Star Tours for six months, transfer to Great Movie Ride, get gangster trained, get bandit trained, and then throw all of my energy into getting cast as a character. Ultimately I want to become a character performer trainer or even a casting director.

If I don’t know by tomorrow, I will cry.

If I get Great Movie Ride, I shall pee myself in pure unadulterated joy

AND IF I GET INDIANA JONES, I SWEAR I SHALL CUT A BITCH. 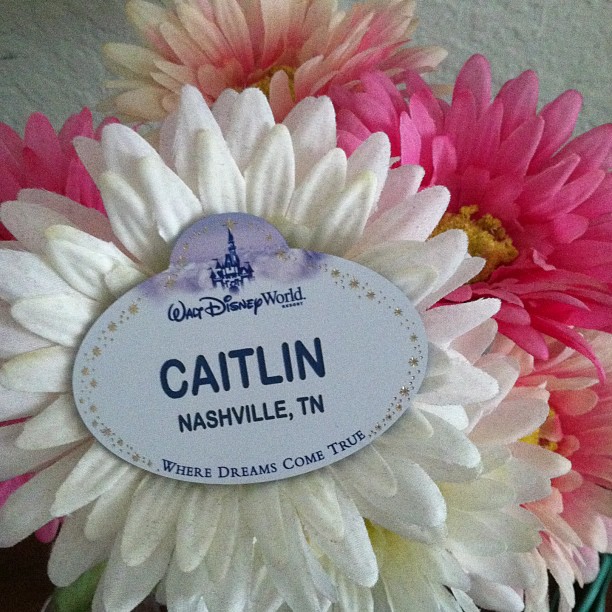 I feel so official!!

HI HELLO I AM NOT DEAD. The only Internet I have right now is my phone, and I do not like tumbling on my phone, but I wanted to give an update!!!!!

I did all of my paperwork last week, but I had to wait A WHOLE WEEK to do my orientation. Which meant a week of going slowly insane. I’m staying with Vale and her roommates, since she’s being super awesome and letting me crash with her until I get an apartment, but she’s out of town so it’s been me and several strangers. And I have been BORED.

I did watch all of Game of Thrones, though, and started reading the books. LOOOOOOVE.

BUT I CAN’T SLEEP. TOO EXCITED. BLAUUUUUUUUGH.

Tomorrow I will go to Traditions and become an official Disney cast member again. I cannot wait.

I haven’t been on Tumblr much lately because things have been going SO FAST. I got an email last Wednesday (was it only last Wednesday?!) about potential job openings and I contacted them immediately to say I was interested They called me the next day to offer me a position in Disney’s Hollywood Studios, in the Icon area attractions. This means I might work at the American Idol Experience, Muppet Vision 3D, Star Tours, Indiana Jones Stunt Spectacular, and….THE GREAT MOVIE RIDE!!!!!!!!

I worked at the Great Movie Ride back on my first college program in 2006, and I LOVED it. It’s a perfect fit for me, plus there’s a performance aspect…which means my degree in theatre won’t go to waste! I’m really hoping that that’s where I get placed, but in any case, it’s a GREAT pool of attractions. Plus I can cross-train! I DEFINITELY want to cross-train at Star Tours.

(My dad wants me to cross-train at Indiana Jones so that he can get picked for the audience participation thing.)

I started packing…well, actually, even before the phone call for the job offer. But I had to start packing not only what I need immediately, but packing up the rest of my belongings to prepare for when Hiccup comes down to join me. Because here’s the sucky part- I have to leave Hiccup in Nashville until I find an apartment. So that will break my heart a little bit.

But I’ve got all my paperwork done, I got my drug test done, and all the travel stuff is ready- I’m driving down with my dad. And then I’ll be staying with Vale for the time being while I get settled. I have my processing appointment on the morning of the 14th, and then I’ll go through Traditions (for the second time) and On With the Show (for the third time!).

I’m probably going to start a section of this blog where I talk about working at Disney and stuff like that, if people are interested. And answering questions about the Disney College Program, since I’ve done two.

I’m just SO relieved and excited to not only have a steady job, but I job that I know I’ll love and will be a good fit for me. And knowing that I already have friends in the area, so I’m not moving down blindly! That’s very reassuring.

It’s also exciting to know that this isn’t going to be a dead end job like teaching. I still plan on auditioning for performing roles, including stage shows. My ultimate dream is to someday be a character performer trainer, or even a casting director!

I’m just so excited to finally have a new start.

Well, originally I left full time work because I was there as part of the Disney College Program. My intention was to go seasonal, finish out my last semester of college, graduate, get married, and then feel around our options to see if I could go back full time. But when I graduated, they took away my status as a college program representative, and when they did that…they accidentally took away my seasonal status. I didn’t even know until I called to schedule a shift.

I thought about applying to go back, but I ended up getting my seamstress job, and then my tutoring job, and then I *thought* that “oh, teaching is a real job, I should just work really hard until they give me a teaching job.”

And I got it, and y’all know how well that turned out. 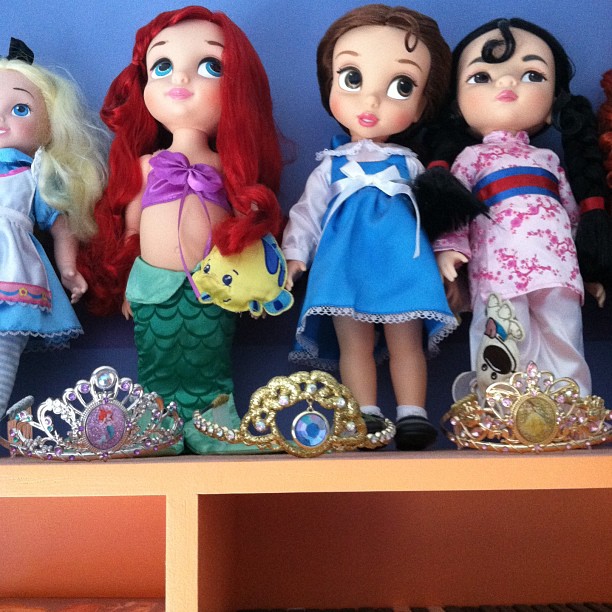 It’s a good thing I have a collection of tiaras….because I’m moving to Disney World!!!

Look of the Day: Rainy Days

Of course, a rainy and humid day means poofy, frizzy hair. Double blech. Anyone have hair suggestions? At the moment, I just let it air dry and spritzed with leave in conditioner, and used an anti-frizz cream. Somehow I don’t think it’s working.

Is this the first missglamorazzi tutorial I’ve done? I think it is! I love her videos so much, though. She was the first beauty blogger I discovered and I literally spent my spring break watching all of her videos and taking copious notes. It’s a little sad how many notes I took.

Anyways, the focal point for this is the neon lips, but personally I’m not sure how I feel about the neon on my face. It could just be that I’m not used to seeing bright lipstick on myself, though. And it’s not nearly as vibrant in the pictures as it is on my face!

Maybe I just need to get used to neon stuff.

Nail Polish: Sephora by OPI in Miss Bossy Pants (from the Glee collection)

I have always been so scared of sidebuns! I was afraid they would make my head look fat and lopsided. Which is…admittedly…a strange fear. But still! I LOVE how this hair and makeup turned out. Like, totally.

#1: I spritzed leave-in conditioner (the Healthy Sexy Hair stuff, purchased for super cheapo at Ross) on second day hair, combed it out, and teased the top a bit.

#2: I gathered the hair into a loose ponytail on the side, teased it, and kinda…piled it up into a loose loopy bun. And then stuck bobby pins in it till it looked okay. And then put in a little flower snap clip that a friend made for me.

#3: Spritz all the hairs with hairspray, straighten the bangs, and voila!

Melissa cracks me up so much, you guys! She’s a Tennessee girl like me and she’s hilarious. No filter whatsoever, and I love it. She’s so sweet and extroverted and friendly and her videos are super fun.

I didn’t do false lashes or a quite-as-bright lipstick, and I didn’t do the smokey-bottom-lash stuff, but I REALLY love how this look turned out on me. And I especially love how it works with the hair.

Dress: Forever21
Shoes: Payless
Hair flower: made by a friend

Want to see me attempt a particular look or tutorial? Want to see a review on a product? Want me to make a video? Ask me here!