He is!! And first pet ever, actually.

(I had an ant farm that I accidentally massacred when I was five, but that’s another story…)

But I adopted Hiccup when he was about six weeks old- by then he’d already had three different homes and at least two different names. Nobody wanted to keep him. 😦

But he’s three now and he’s my little baby fluffernutter and I love him even though he sometimes pees on everything I love. 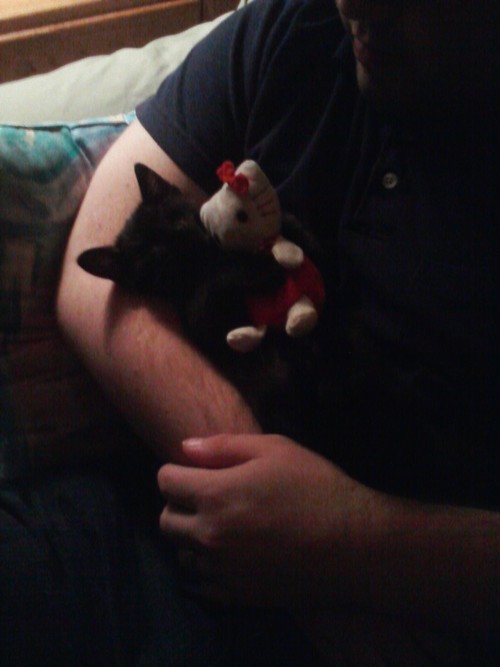